The Ambaboys who represent armed groups on the ground and who take orders from leaders living in the diaspora in various countries have committed themselves to acts of barbarism of unheard-of violence.

Indeed the latter are authors of the most inhuman terrorist acts, attacking the armed forces, massacring the civilian populations (men, women, children), kidnapping civilians for ransom, raping women of all ages, destroying and stealing goods of the populations including the Bororo tribe which pays a heavy tribe.

The examples to illustrate them are obvious:

Peace-loving Cameroonian people, you are overwhelmingly invited to sign this petition with all your heart and soul in support of the brothers bruised by pain and to actively participate in the end of this terrorism which shakes us all.

ALL AS ONE PERSON FROM NORTH TO SOUTH OF EAST TO WEST SIGN MASSIVELY. 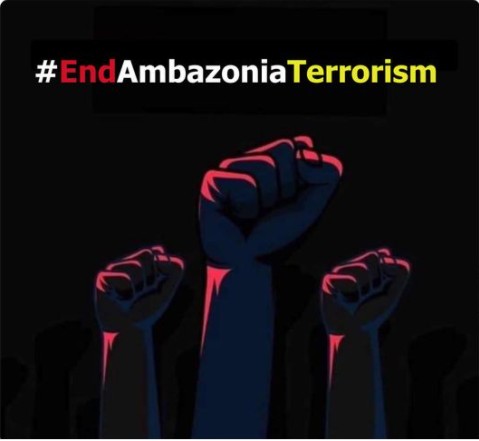 By signing, I authorize Paix Cameroun to hand over my signature to those who have power on this issue.