For many years I have been a massive fan of your now defunct game show WHEEL OF FORTUNE which originally ran from 1988-2001 & it was such a SHAME that such a colourful well-loved show received the chop!

I often watch classic episodes on youtube as well as international versions such as the American & Australian ones but none of them come close enough to the excitement & buzz our very own great BRITISH version had to offer!

Nicky Campbell, Bradley Walsh, John Leslie & Paul Hendy were great as the show's main presenters over the years as well as the glamorous assistants Angela Ekaette, Carol Smille, Jenny Powell & Terri Seymour whom ALSO stood at the PUZZLE board throughout the years!

Itv have resurrected a NUMBER of classic tv game shows I thought that I would NEVER see back again, but as for Wheel Of FORTUNE, if they take the time & effort to find the proper presenters, propped up by a state-of-the-art studio, a brightly coloured new look wheel, interesting & improved prizes, a cheery new theme tune & a reasonable broadcasting time, I am confident that such a revival would be a success!

But what it needs is the RIGHT presenter, someone with the perfect & appropriate CHARISMA, NOT Harry Hill as he isn't in the LEAST bit funny after the 2015 revival of STARS In Their Eyes FLOPPED because he made the show all about HIMSELF rather than the CONTESTANTS & no WONDER it got axed.

A revival of Wheel Of Fortune needs a presenter who will not risk FLOPPING the series, someone whom viewers will LOVE!

& AS for a female CO-host who stands at the PUZZLE board, she DEFINITELY needs to have good CHARACTER & bring SPARKLE to the new series!

But what ISN'T ideal is cheap prizes that viewers will GROAN at, I want INTERESTING, EXCITING prizes that can take the show from strength to strength & turn it into an overnight SUCCESS!

WILL you revive Wheel Of Fortune? 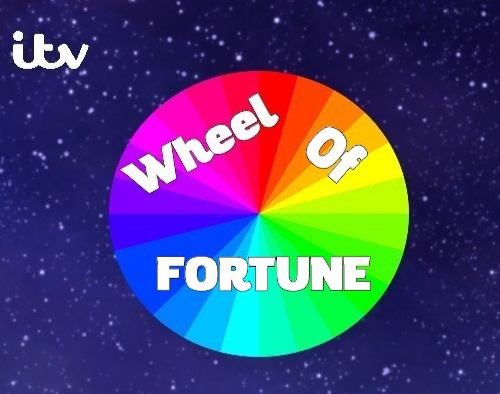 By signing, I authorize Sean Andrew to hand over the information I provide on this form to those who have power on this issue.