These people made BBZ as shit as it is today and all we can do in order to save this forsaken server is to fire them.

All that Mamaduckie wants is power and Affixes only cares for money. Actual shitbags. 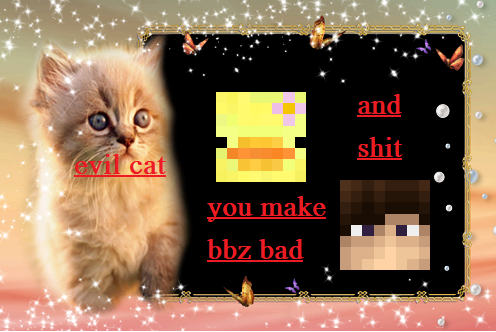 Even if we despise them please keep it a tad more respectful as they're human beings too with human values. If you have something derogatory to say, which I stand by 100%, please keep it rational.

By signing, I authorize Entire BBZ to hand over the information I provide on this form to those who have power on this issue.