Ban Mail In Ballots in Florida

Defend Florida has learned from the results of the Maricopa, AZ audit and our canvassing efforts in Florida that MAIL IN BALLOTS are the #1 source of voter fraud.  Our elected representatives think We The People are more concerned about the convenience of these ballots than the loss of Liberty that they represent. Please sign the petition so your representatives know that you DO NOT WANT TO SACRIFICE YOUR FREEDOM FOR THE CONVENIENCE OF A MAIL IN BALLOT! 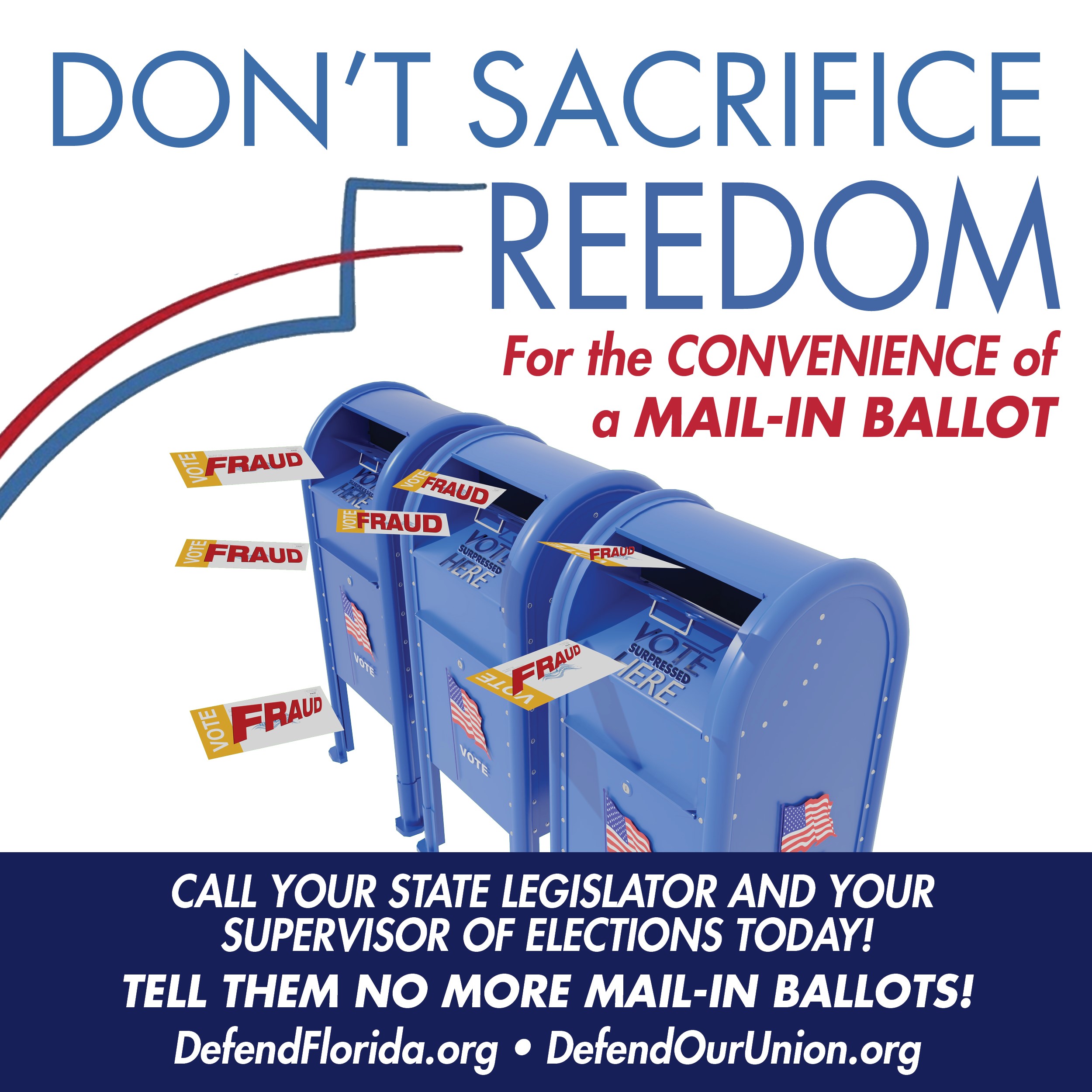 By signing, I authorize Defend Florida to hand over the information I provide on this form to those who have power on this issue.