Save 51 Tickford Street ("The Wrestlers") from decay!

We, the undersigned, are concerned about the maintenance and preservation of 51 Tickford Street, Newport Pagnell (also known as "The Wrestlers"), a grade II listed building.

Structural damage is evident from the exterior, specifically between the door and window (as shown in the image). We urgently call on the councils of Newport Pagnell and Milton Keynes to investigate and put forth an Urgent Works Notice if required, to safeguard the preservation of this unique and ancient building.

This petition is organised by the Newport Pagnell Historical Society (NPHS).

Petition objective: NPHS is concerned about the state of The Wrestlers, and we have written this petition to encourage the Local Authority and owners to work together to save the building. Perhaps this petition will help them agree a solution that is satisfactory to all, but most importantly, safeguards Newport Pagnell heritage.

We will keep this petition open until 31 October 2021. There is also a paper version available at the museum (Chandos Hall, Silver Street) - although please only sign one version! At that point we will check to ensure there are no duplicate signatures and report the final combined number to the council. We'll also report it in our newsletter and at the following evening event. 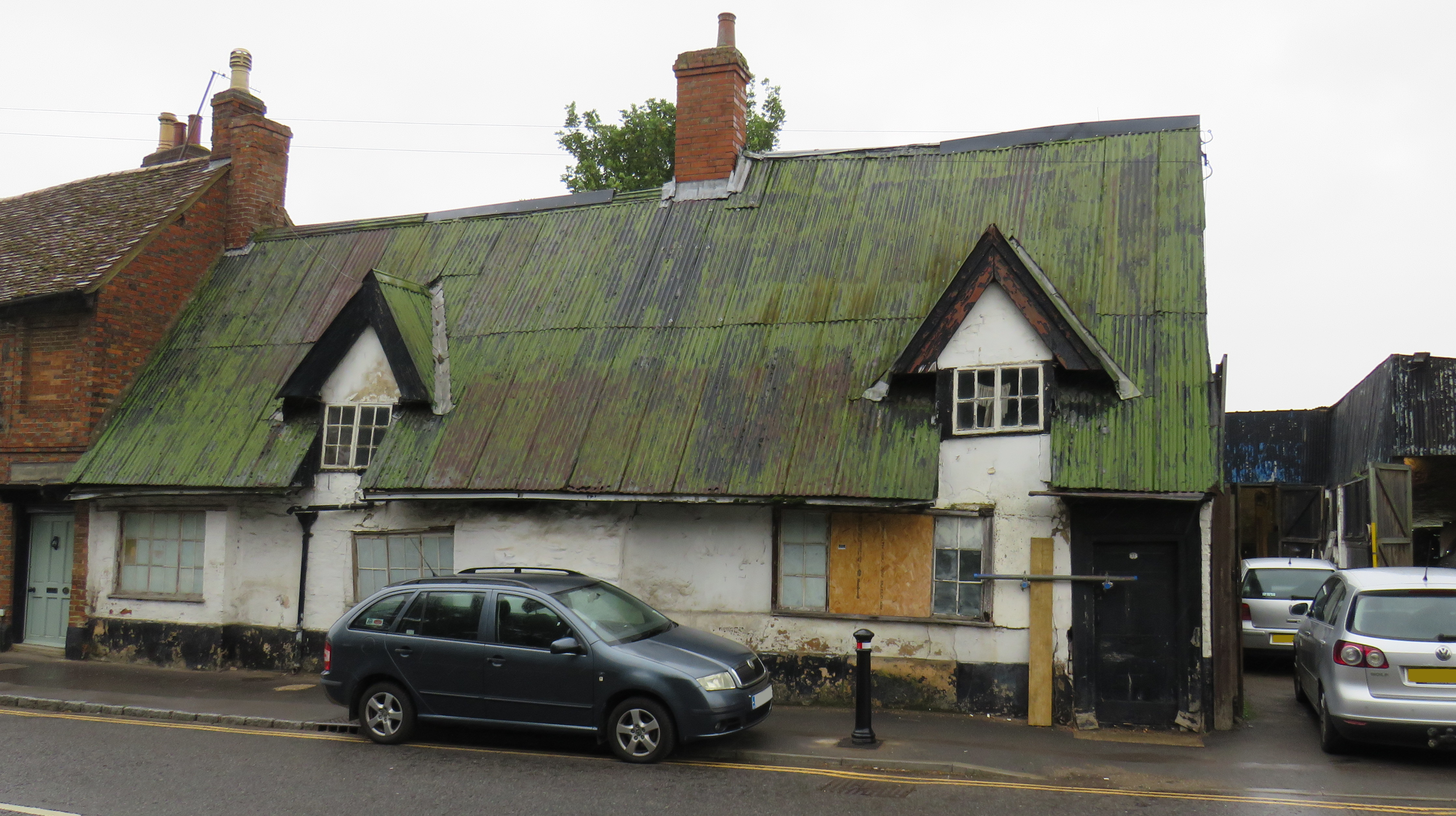 The Wrestlers – a building as intriguing as the origin of its name is mysterious. Originally “The Two Wrestlers”, the most popular theories as to its naming relates to its earliest landlords being wrestlers, that it hosted wrestling – a popular pastime throughout the centuries – alongside serving drinks, or otherwise recalled a famous (but now long-forgotten) local fight.

The building is an ancient medieval house-hall, possibly built in the 15th or 16th century. It first appears in records in the 1753 town list of victuallers, despite it likely having existed as a public house for some decades (if not centuries) before. A newspaper dating from 1675 has been discovered while carrying out repair work.

The victuallers list name the Todds as owners of the pub, and they continued to do so for a century. In 1847, Robert Todd transferred the pub to his son-in-law, George Labrum Jr. (who also renamed it simply as “The Wrestlers”). It was eventually sold to William Salmons (of the famous coachmakers, later bought by Aston Martin), whose brother-in-law William Hipwell owned it between 1871-75. It was then sold to William Scrivener in 1876, James Ives in 1888, Alfred Redmill in 1911, and William Lawrence Ploughman in 1915. The final owner (and son-in-law to Ploughman), Cyril Cole, took over the pub in 1932 and pulled pints until its closure in 1956. It became a private dwelling before becoming The Wrestlers Garage.

It is the oldest dwelling in the town (the church being the oldest building), and its unique and ancient architecture, association with Salmons Coachmakers, and history as a town pub means that this is an important construction that must be carefully and respectfully preserved.