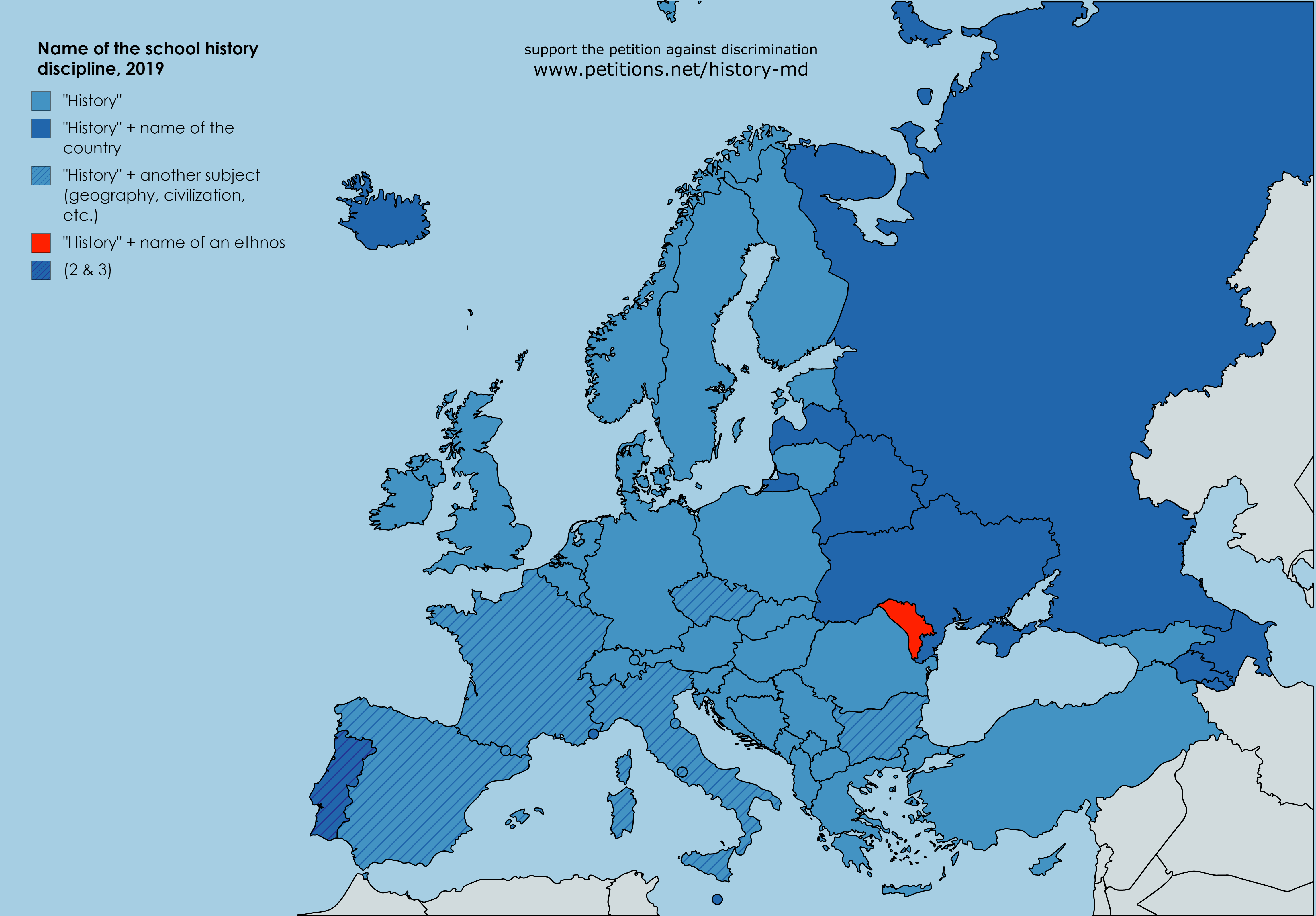 We, the citizens of the Republic of Moldova,

NOTE that such a name of the school subject remains unique in the world (after neighbouring Romania has modernized this aspect of national education, when joining the EU), contrary to both international and European conventions signed by the Republic of Moldova, as well as to national legislation that qualifies such as being racial segragation(segregare rasială);

ASK the Ministry of Education, Culture and Science of the Republic of Moldova to recognize and respect the right of all nationalities to equal treatment and, in this regard, to rethink the single ethnos name from the name of the general school discipline, without limiting itself to the individual opinions of certain officials of the Ministry;

SUGGEST that the name of the school object be changed to "History of Moldova" or any other name that would exclude ethnic segregation.

After signing this petition:
a) Please do not forget to confirm your signature via the link that will be sent to your email!
b) Share this petition to your friends, more signatures - more chances of success!

Thank you for your implication!

By signing, I authorize Moldovenii to hand over the information I provide on this form to those who have power on this issue.