Dear AG Barr, I Would Rather Pay Extra Money For PROPER Irn-Bru As It Was, Rather Than Drinking Stuff Laced With A Controversial Sweetener That Makes Our Second National Drink Taste Undrinkable 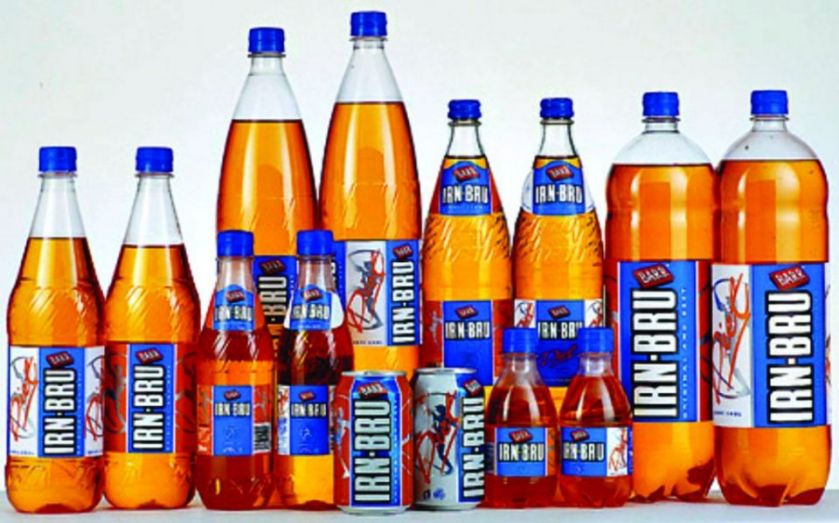 Up until January of 2018, I had been drinking Barr's Irn-Bru all my LIFE & I had always thought that it was the most BEAUTIFUL fizzy drink EVER! 😋😋😋😋

That was UNTIL your company decided to replace 50% of sugar from the popular Scottish soft drink with the controversial artificial sweetener, ASPARTAME.

AG Barr announced that they were MAKING the move because people's tastes were changing & that therefore more & more folk wanted to consume less sugar whilst still enjoying the same great Irn-Bru TASTE.

But I really don't believe that for a single SECOND, in fact, I NEVER have.

Myself & MANY former Irn-Bru fans out there believe it was because of many soft drink manufacturers were coming under mounting pressure from government to lower the sugar content of their drinks & the then Conservative Party government chancellor George Osborne announced that he would be introducing a "SUGAR TAX" or "SOFT DRINKS TAX" that would apply to the sales of sugary drinks similar to the way cigarettes and alcohol are taxed.

To be pretty clear, let me tell you right now that I would rather pay more for a bottle OR a can than have an altered recipe version that tastes nowhere NEAR as good as it ORIGINALLY tasted, so IF you ditched the aspartame & brought back the original "FULL SUGAR" recipe & charged even as much as £2 or £3 a can, I would PAY that little bit extra NO bother at ALL.

It has ALSO come to my attention that although we are being made more aware of the health effects of too much sugar in our diet, it also has to be said that Aspartame has often been the subject of studies and intense debate and is believed, by some researchers and activists, to have links to a multitude of ailments including CANCER, SEIZURES, HEADACHES, DEPRESSION, ADHD, WEIGHT GAIN & BIRTH DEFECTS.

Now, I believe that a responsible adult should have the CHOICE as to what poisons they want to put in their body, except IRN-BRU isn't poison, although the sweetener it is now LACED with may be, & I personally believe that your company should bring back the original full sugar recipe even if that involves a PRICE increase, otherwise risk sales plummeting like they have with lucozade since they cut sugar.

IRN-BRU comes with such a distinct flavour in which case that any other brand who try to imitate it has NEVER got it right, because since 1901 it has been bru'd in Scotland to a secret recipe which only very FEW people whom work MAKING the drink KNOW of, & so now that your company followed in the footsteps of other fizzy drinks such as Lucozade, Dr Pepper & Sprite, this has resulted in Irn-Bru's iconic flavour being affected.

It has always been a national treasure in Scotland & really always HAS been part of our culture with its unique taste, branding and marketing, but not so much since the 2018 recipe change.

The original full-sugar recipe was also well known to alleviate the effects of a hangover & is many a persons craving, saviour or go to drink after a night on the tiles & from what I have heard coming from so many people, to deny people in that condition their crutch would be a CRIME.

No WONDER your company were so desperate to find the fizz after sales of the new reduced sugar recipe drink slumped late on in 2019, that you took the decision to bring back a LIMITED EDITION Irn-Bru 1901 using the original recipe to let us all try it as we have never tasted the bru BEFORE.

I'm going to award you the credit for THAT, because I drank it all the TIME as it had the best FIZZ, FROTH on top & the best SWEET Irn-Bru taste EVER, from a recipe stored deep in the company ARCHIVES.

BECAUSE it was a limited edition & had been going since December the 2nd of 2019, I have noticed that you have now DISCONTINUED it & therefore as it's now all gone COMPLETELY, it's a permanent goodbye from ME, UNLESS you all come to your senses & REALISE, when people want to consume less sugar whilst still enjoying the same great Irn-Bru TASTE, the solution IS already THERE right in FRONT of you, SUGAR-FREE, PREVIOUSLY known as DIET, which ALL soft drinks manufacturers HAVE provided for DECADES now, but full-sugar versions that the vast MAJORITY of us enjoy were not MEANT to be tampered with.

If you look at the PHOTO which I have included in this petition, you will see that is the way Irn-Bru looked back in my GLORY days, the GOOD old days of 1993 which I miss all the TIME, but can NEVER get BACK, I used to regularly have one of the little FAT bottles of the fizz which you can see at the BOTTOM of the picture, in my packed lunch box at SCHOOL.

It's ALWAYS been full-SUGAR for me, diet aka sugar-FREE is just disgustingly TASTELESS.

So I am urging you NOW, either keep the Irn-Bru 1901 which you PREVIOUSLY brought out for us, but sell it in cans as WELL from now on so that we can enjoy it on the GO, and/or ditch the aspartame & bring back the original full-sugar recipe, or you have lost us all FOREVER!

By signing, I authorize Sean Andrew to hand over the information I provide on this form to those who have power on this issue.