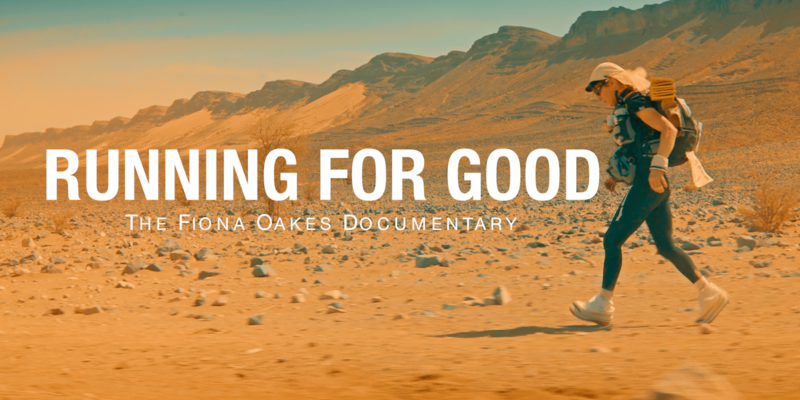 Right now people are more scared than they have ever been. They are desperate for a solution to the global crisis we are in ...and this is it - backed up with 50 years of action and implementation - read on...

Vegan for 47 years, Fiona's life story as depicted in this film is beyond inspirational, something reiterated in spades by those who have seen it

Reaching the mainstream with this film is incredibly important not only bring Fiona's work to a wider audience but more importantly at this time to show people that there is another way to live life without the exploitation that is directly contributing to the global mess we find ourselves in at this worrying and deeply concerning time.

Made by Keegan Kuhn whose previous 2 films 'Cowspiracy' and 'What the Health' are already streaming on Netflix, help make it 3 and get 'Running for Good' out there and seen to help inspire people, heal the planet and help bring an end to the mass expliotation and suffering of the billions of sentient creatures we share ths planet with

What do you need to do?

Please sign this petition which will be sent to Netflix, but also and very importantly, please go to https://help.netflix.com/en/titlerequest and enter Running for Good in all 3 slots - Lets get their attention!

Running for Good is available now on Amazon Prime and at www.runningforgoodfilm.com

By signing, I authorize Martin Morgan - Tower Hill Stables Animal Sanctuary to hand over my signature to those who have power on this issue.