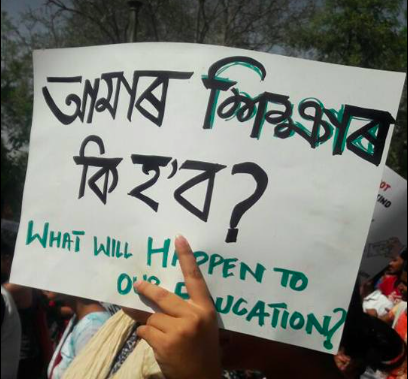 We, the undersigned members of the international academic community, wish to express our deepest concern regarding the recent developments taking place in the field of higher education in India.

Students have been subjected to violent police assaults and been pelted with water cannons while conducting peaceful protests in public spaces, while perpetrators of violence have not been held accountable. Colonial-era sedition laws have been deployed to curb the free expression of dissent. Affirmative action programmes for disadvantaged students have been shut down, as have democratically constituted committees to investigate cases of sexual harassment. University administrations have failed to provide safe spaces for women, and have repeatedly refused to investigate accusations of misconduct. Fee waivers for economically disadvantaged students have been abolished in various places, payment of scholarships have been unduly delayed, and food and accommodation fees have been raised, putting university education beyond the reach of many. Students belonging to socially and economically disadvantaged communities have faced institutional discrimination, while across the board people have been victimised over their political opinions and activities. Cultural and academic programmes have been met with violence from extreme right groups, and with censorship and sanctions from the administration. Appointments made on the basis of political affiliations rather than merit threaten the quality and integrity of many institutions. In recent developments, one university was suddenly shut down in order to curtail a peaceful students’ protest, while in another university, the vice chancellor has unilaterally and unconstitutionally dismissed seven heads of department for disagreeing with his policies. The universities’ internal democratic process has been repeatedly flouted, a trend made all the more worrying as the bestowal of “autonomous” status upon universities greatly enhances the powers vested in their heads.

We thus want to express our fullest solidarity with, and deep admiration for, the students, staff and activists who have resisted these assaults with such fortitude. We support their long and vigorous mobilisations aiming at defending and strengthening the public universities as spaces of social justice and intellectual freedom.

Solidarity Indian Universities    Contact the author of the petition

By signing, I authorize Solidarity Indian Universities to hand over the information I provide on this form to those who have power on this issue.