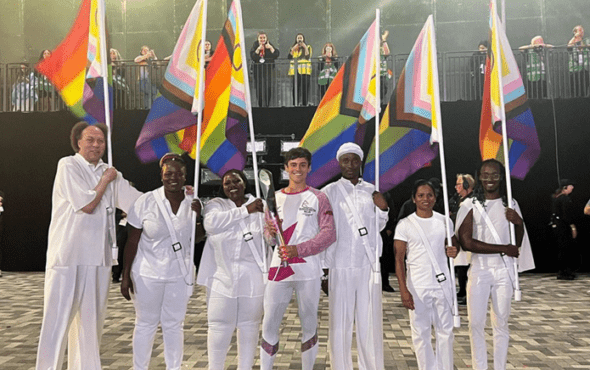 The British diver Tom Daley has started a campaign to overturn anti-sodomy laws in the Commonwealth. He wants no nation with such laws ever to host the Commonwealth Games.  That means only the white nations (UK, Canada, Australia and New Zealand) would host the games from now on.

We the undersigned believe that nations are blessed when their laws follow the laws of God.  We support the right of nations to frame their own laws in line with Biblical principles and family values.

We believe that Tom Daley's campaign is an immoral, racist and arrogant display of neo-colonialism.  We also note the Commonwealth Games even allowed him to pursue it in their opening ceremony in Birmingham, UK, in July 2022.  We reject his campaign along with all pressure from Western nations and foundations to impose their immorality on the developing world.

We call upon African, Caribbean and Asian nations and their leaders to stand firm for righteousness and for those organising the Commonwealth Games to respect morality, to cease 'woke' posturing and to promote sport, not politics, in future.

I agree Christian Voice may contact me to further the aims of this petition.

Signing and creating petitions is free on our website. We fund our site by showing advertisements to our visitors. Our partners will collect data and use cookies for ad personalisation and measurement. Learn more...