To all Politicians & to whom it may concern

The The Digital ID or Vacination Pass / Auschwitz Pass is a crime against Humanity.
I oppose this with vigour!

We will not be subject to this Holocaust 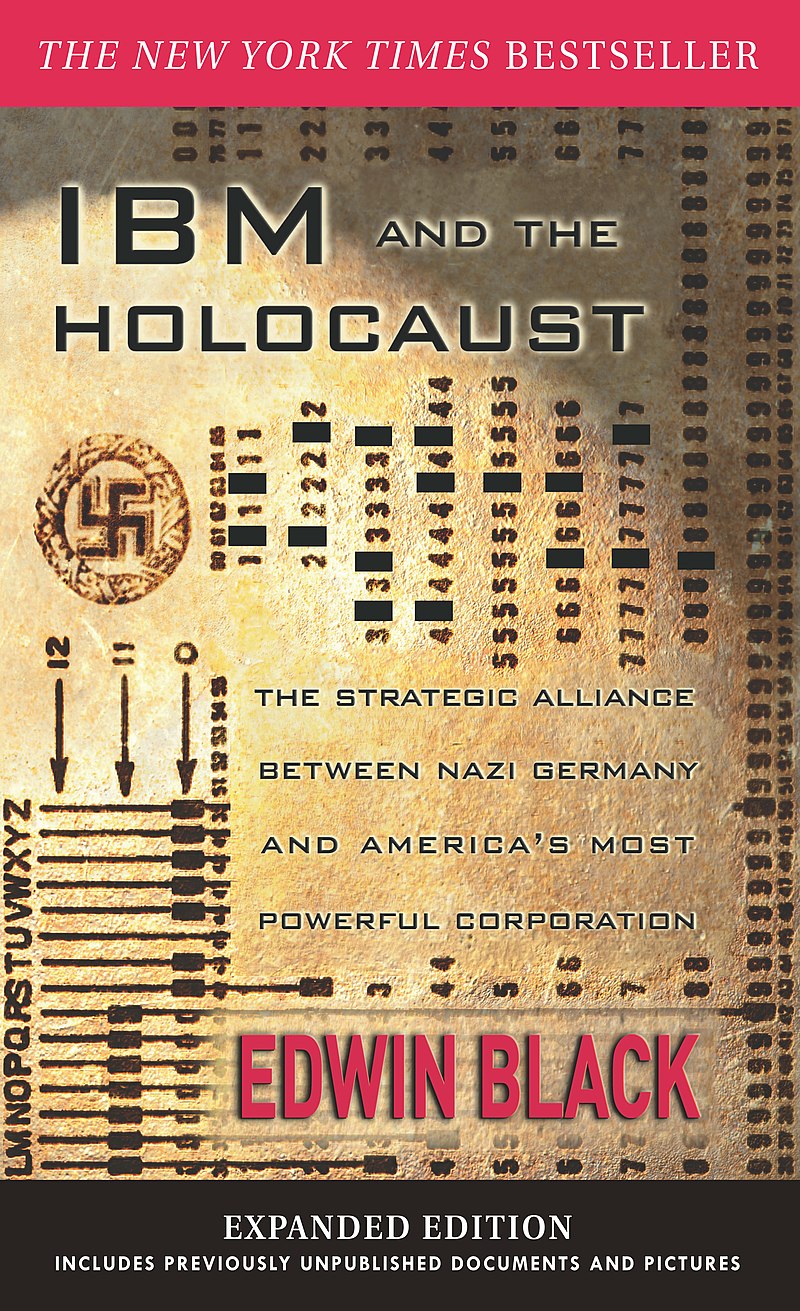 Edwin Black is the New York Times bestselling and award-winning author of IBM and the Holocaust.

This is an excerpt from his book: IBM & the Holocaust

"In August 1943, a timber merchant from Bendzin, Poland, arrived at Auschwitz. He was among a group of 400 inmates, mostly Jews. First, a doctor examined him briefly to determine his fitness for work. His physical information was noted on a medical record. Second, his full prisoner registration was completed with all personal details. Third, his name was checked against the indices of the Political Section to see if he would be subjected to special punishment. Finally, he was registered in the Labor Assignment Office and assigned a characteristic five-digit IBM Hollerith number, 44673.

The five-digit Hollerith number was part of a custom punch card system devised by IBM to track prisoners in Nazi concentration camps, including the slave labor at Auschwitz.

The Polish timber merchant's punch card number would follow him from labor assignment to labor assignment as Hollerith systems tracked him and his availability for work, and reported the data to the central inmate file eventually kept at Department DII. Department DII of the SS Economics Administration in Oranienburg oversaw all camp slave labor assignments, utilizing elaborate IBM systems.

Later in the summer of 1943, the Polish timber merchant's same five-digit Hollerith number, 44673, was tattooed on his forearm."

IBM Helped The Nazis Carry Out The Holocaust

What is the IBM Digital Health Pass?

IBM® Digital Health Pass is designed to help businesses efficiently verify multiple types of COVID-19 health credentials for employees, customers, fans and travelers entering their site based on their own criteria.

The Digital Health Pass can help you check people’s COVID-19 health credentials before they enter your facility. The technology allows businesses to establish their entry criteria for test results or vaccination status and to verify many types of widely used health credentials.

This exact Technology is nothing but a modern Version of the technology used in the Concentration Camps of Auschwitz. This Technology was invented by Herman Hollerith of IBM as an Identification based Database for the NAZIS to categorize Prisoners in Auschwitz. The Tattoo then is the Digital ID / Tattoo / chip linked to a Database of everything. The principle Technology is Identical. This must get out to the people it is a Scandal. Are we all Prisoners of Auschwitz?

What is more this Data then can be manipulated in any way the Government wants.
It makes us all prisoners to those who control this Technology.

It is a clear Violation of all Human Rights.

It is a Holocaust Technology designed to control all of Humanity.

Message to all Politicians by the will of the people:

You will not Implement this technology.
If you support this technology you will resign and NEVER hold a public office EVER again.
You will openly and publicly apologize to we the people.
If you do not comply WE THE PEOPLE will remove you.
We the people will not be subject to this Holocaust.
If you do not comply to the will of the people you act in an undemocratic way.
You forfit all your belongings and that of every family member of yours.

We WILL remove you!

We the people have spoken!

By signing, I authorize Fritz Freud to hand over the information I provide on this form to those who have power on this issue.